Recorded Webinar: The Next Normal In Franchise Operations Support

Join us on Saturday, August 22, at 11 am ET/8 am PT to preview FranConnect’s upcoming release.

In a May 2020 live-poll of over four-hundred Franchisors, 94% indicated that they were ready to reopen operations and reactivate their Franchisees. However, in a follow-up poll the same group of respondents indicated that 60% did not have a playbook for re-opening. This is a potential recipe for major disappointment for customers that are counting on their favorite brands to deliver safe and amazing experiences.  And attorneys are already generating a tidal wave of litigation as consumers seek compensation for COVID-related illness alleged to have come from coming into contact with a business in which a statute or regulation was violated.

The fact is that the times have changed when it comes to field support, and probably will remain changed forever. New questions are emerging – if travel is less of a viable option these days, should the ratio of franchise business consultants to franchisees be increased? With less opportunity to “inspect what you expect”, how does a franchisor protect the brand? What are new routines and habits that successful brand leaders are adopting that can create new opportunities. What are technologies that can ensure that playbooks of best practices are effectively shared AND acted upon?

Join two of Franchising’s most recognized operations experts – Mary Thompson, COO of Neighborly Brands and Meg Rose, VP of Field Operations of Firehouse Subs as they discuss how they are implementing the “next normal in franchising support” as they share the best practices that they are employing that is allowing them to seize on new opportunities and thrive in difficult times.

Participants will walk away with operational insights into how these Operations brand leaders are:

As chief operating officer (COO), Mary oversees the ongoing business operations within Neighborly. Working hand-in-hand with 13 brand presidents, she leads the execution of strategies. Prior to her appointment as COO, Mary served as executive vice-president of Neighborly and president of Mr. Rooter® for nine years.

The International Franchise Association (IFA) awarded Mary the Bonny Levine Award, IFA’s highest award for women who have made an impact on franchising and the Crystal Compass award for extraordinary leadership in franchising. A certified franchise executive, Mary serves as a trustee for the IFA’s Educational Foundation. 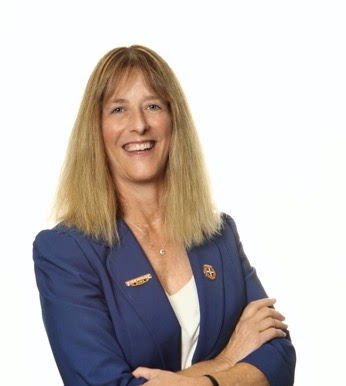 Meg Rose is Vice President of Field Operations for Firehouse Subs of America, LLC where she oversees operations and compliance for the 1180 unit, fast casual restaurant chain headquartered in Jacksonville, Fla. A leader with more than 30 years of restaurant industry experience with some of the largest chain concepts in the nation, Meg joined Firehouse Subs in 2007 as Franchise Business Manager and was Director of Company Operations prior to her current role. Meg’s monumental accomplishments and passion for serving others earned her the 2011 Culture Award for her work on behalf of the Firehouse Subs Public Safety Foundation. In 2015 Meg was named one of the “Women of Influence” by the Jacksonville Business Journal, received her CFE (Certified Franchise Executive) and was a member of the Leadership Jacksonville class of 2017.  Currently she serves on the Board of Directors for Junior Achievement of NE Florida and the Board of Directors for Angelwood.

Nick Mecozzi has been with FranConnect for over 10 years during which he has held management roles in operations, sales and technology for the company and is currently Senior Vice President of Solutions Engineering.  He brings over 35 years of experience in technology sales, marketing and management for companies including IBM, HP and numerous startup companies in Silicon Valley. Nick’s experience gives him a balanced knowledge of underlying technology and processes as well as the business benefits of utilizing strategic platforms and solutions in enterprise and SMB environments.

Nick is a graduate of Duke University where he earned degrees in Computer Science and Economics.