Thanks to 900+ franchise brands and over 300,000 franchise locations using our technology, FranConnect is able to collect more franchise data than any other company in the industry. For the last 10 years, we’ve been publishing our FranConnect Franchise Sales Index Report, and now, we are pleased to share the results of our data insights related to Franchise Operations in this on-demand webinar. Our data insights were blended with the results of a comprehensive operations pulse survey taken earlier this year. During the webinar, we highlighted:

Watch and listen in as Keith Gerson and his expert franchisor panelists, Brian Garrison (President & COO of Buzz Franchise Brands), and David Raymond (COO of Premium Service Brands) as they review the data and how this is impacting the decisions that are being made at their brands. 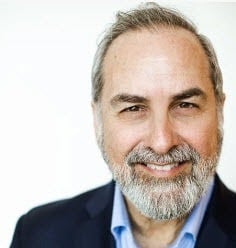 A native of Medfield, Massachusetts, Brian graduated from the U.S. Naval Academy with a B.S. in aerospace engineering and was commissioned as an Ensign in 1990.  In addition to his undergraduate degree, he has M.S. degrees in aerospace engineering and national security studies, and an MBA from the Wharton School. Brian and his wife Melissa live in Virginia Beach, Virginia with their two children.

David Raymond is the current COO of Premium Service Brands and the owner of the Prolift Garage Doors location in Charlottesville Virginia. He started in the home service business in 2002 as a technician in a locally owned garage door startup and has held various roles in his career. Rising from technician to operations manager to eventually lead the organization as a general manager, David helped that small business grow from zero to $6M in annual sales over the course of 13 years. He transitioned into franchising in 2015 as a Franchise Business Coach for College Hunks Hauling Junk and before joining Premium Service Brands in 2018.