Fill out the form below to download the report. 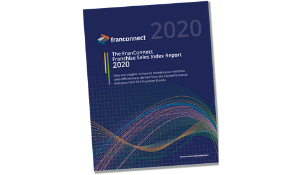 White Paper Welcome to the era of the “Virtual Discovery Day”. By now, most are aware that technology is available to help make up for not being able to meet in-person. But it’s not easy to create the same level of engagement online.You need to raise your game in multiple areas, including your strategy, content, and of course, logistics.This Field Guide is designed to help you navigate the world of Virtual Discovery Days and create the optimal environment for you and your prospects alike.Download this guide today to build your own playbook for Virtual Discovery Days.

FranConnect's Franchise Sales Index Report is the most complete and authoritative source of insight into the current state of Franchise sales. Now in its fifth year, the data reveals critical insights relevant for franchise operators looking to confront the economic reality of the pandemic.

This year's report confirms that there was already a notable decline in franchise sales leads before the pandemic, the result of a then full-employment economy. And now, with  the unemployment rate skyrocketing, there is going to be a rush by those impacted as they seek new opportunities and a sense of control in these turbulent times. What the pandemic has accomplished is to reveal the cracks that already existed in many franchise sales programs and systems (including 53.2% of all leads never got any response at all).

Some of the most important findings gleaned from the report can help point the way to improved sales effectiveness: