The latest insights and perspectives for the franchising community.

It’s a tumultuous political climate in the U.S. right now. Our two major political parties are deeply divided, and it seems even within parties our representatives are finding it difficult to find common ground. Americans are uneasy, particularly with so many unknowns, and it doesn’t help that we are inundated with left- and right-leaning news from the media at every turn. After looking at the American Psychological Association’s annual “Stress in America: Coping with Change” survey, NPR reported that “57 percent of people polled in January said they were stressed about the current political climate; 66 percent were stressed about the future of our nation; and 49 percent were stressed about the outcome of the presidential election.” This is a big year for Nothing Bundt Cakes. It marks their 10-year anniversary of franchising, and they recently opened their 200th location in Grand Rapids, Michigan. As a proud partner, FranConnect is featuring Nothing Bundt Cakes to congratulate them on their successes. 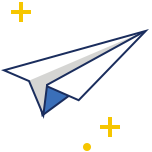 Get Updates With Each New Report

Questions? Want a Demo? No problem.

Why Choose FranConnect
Our Team
Careers